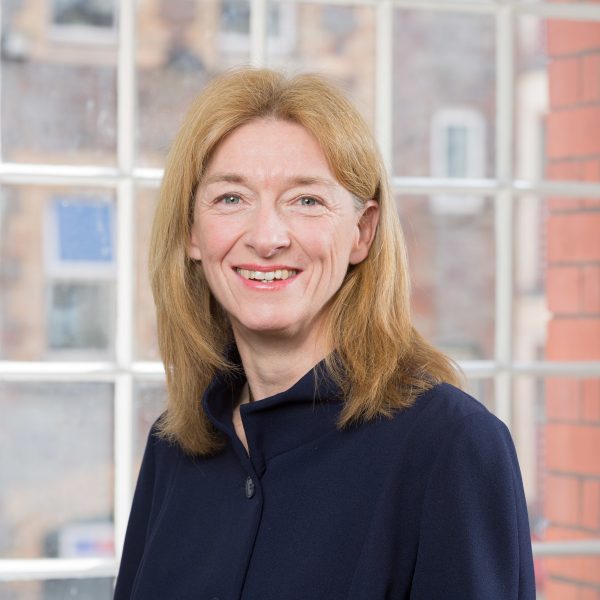 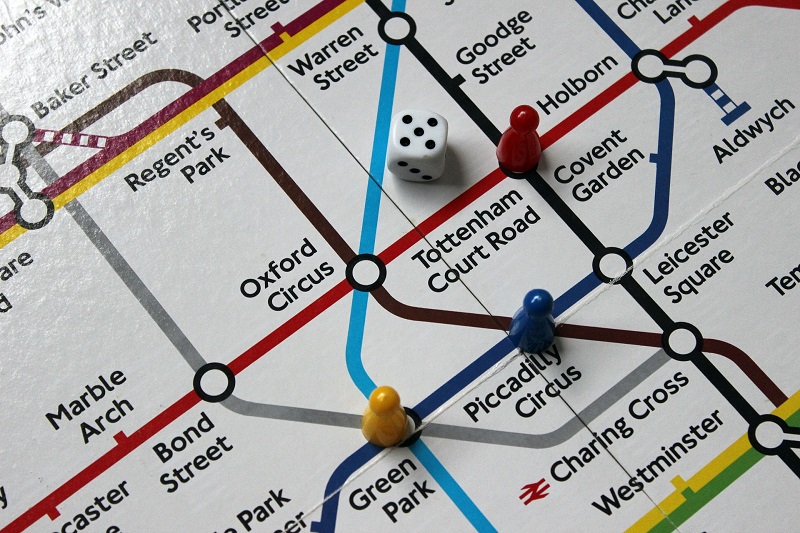 What has already been done to improve accessibility on London’s public transport network? What are today’s biggest challenges? What projects are businesses currently working on to increase accessibility still further? The TfL Access All Areas event at ExCeL London on March 19th aimed to answer these questions, and more.

Access All Areas offered around 2,000 disabled and older TfL customers the chance to meet planning authorities, academics, service providers, innovators and suppliers to learn about and test some of the latest accessibility solutions.

Our Director for Digital Innovation, Jo Morrison, went along to understand more about accessibility and inclusion for transportation as Calvium is the lead partner in NavSta – a mobile wayfinding solution that allows those with less visible impairments to navigate stations independently and confidently.

The research for the NavSta app –  a collaborative project with Transport for London (TfL), Transport Systems Catapult and Open Inclusion – is underway and we will share insights about its design and development as the project progresses. In the meantime, back to the Access All Areas event, which showcased a variety of accessible solutions as well as panel discussions and workshops.

If you missed the event, fear not. Below are Jo’s five key takeaways from Access All Areas.

1. Design streets with people, not vehicles, in mind

The NavSta project and our UCAN GO app – an indoor wayfinding service for the visually impaired – have accessibility at their heart, so we made a beeline for the Healthy Streets for Everyone panel discussion at midday.

Featuring insight from Walking and Cycling Commissioner, Will Norman; Chief Exec of the Royal Society for Blind Children, Dr Tom Pey; Chief Executive of Age UK London, Paul Goulden; and CEO of Bikeworks, Jim Blackmore, the panellists’ agenda was to discuss how London can deliver healthy, safe streets designed with everyone in mind, but it covered much more besides.

Firstly, the panel acknowledged that London’s transport policies, regulations and infrastructure reflect that its streets were originally designed ‘transport-first’ and that motor vehicles still take priority. However, it was also suggested that this mindset is changing, and there is an awareness that a people-first approach is needed. One related concept that has gained momentum recently is that of shared space – where streets are levelled to allow for people, vehicles and bikes to ‘share the same space’. 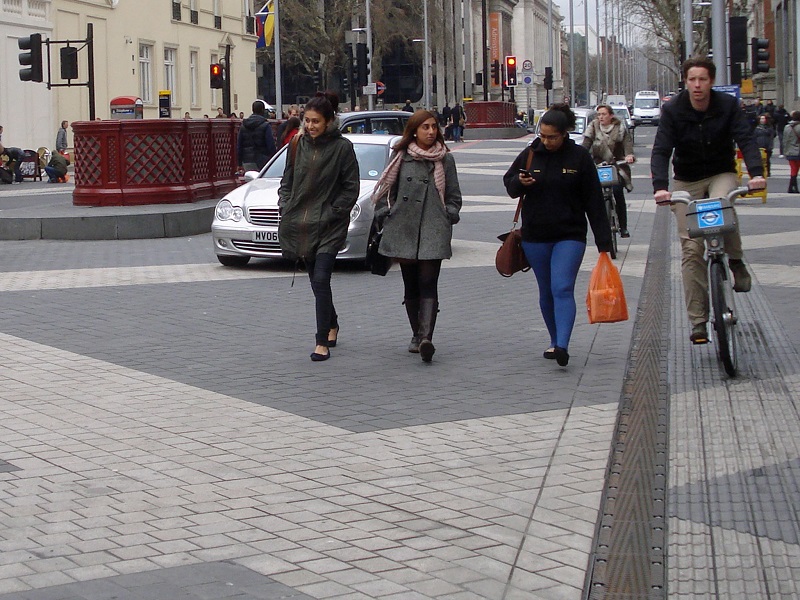 The idea of sharing space was vehemently decried by Dr Tom Pey. “Shared spaces don’t work for disabled people,” he said, “their implementation has been based on flawed conclusions to psychological principles.”

Research and prior events prove that such spaces are not only often unwanted, but also dangerous. In October 2017, a taxi ploughed into pedestrians on Exhibition Road in South Kensington, injuring 11 people. A study conducted on Elwick Square, a shared space in Ashford, Kent, revealed pedestrians to be more likely to use courtesy crossings to avoid potential conflict with traffic. And a survey of 600 people by former Paralympian and visually impaired MP Lord Holmes concluded that 63% of respondents had had poor experiences of shared spaces, while 35% avoid them altogether.

The solution, said Dr Tom Pey, is not equality between pedestrians and vehicles, but pedestrian priority. “If we want to change how disabled people and children get around cities,” he said, “then stop levelling the space and make sure that cars give way to pedestrians”.

2. 5G rollout should be a priority

In the same discussion, Dr Tom Pey said that 5G should be at the very top of the Mayor’s strategy for London. Explaining how apps will power the transport systems of our future smart cities, he stated that “we need to learn to move around the city differently and be facilitated by interactive smart solutions”. Indeed, if designed well and with inclusion at their heart, smart solutions could enable end-to-end seamless journeys and remove barriers to travel for all passengers.

5G (or rather its associated spectrum and the power) isn’t without its detractors, however. Many scientists, engineers and doctors have urged delaying the rollout of 5G until there has been more research on its potential harm to both people and the environment. Their concerns are that increased exposure to radiofrequency electromagnetic fields (RF-EMF) could increase the risk of cancer, neurological disorders, genetic damage and more – as well as harming both plants and animals.

There’s no denying the potential improvements to our transport systems that 5G could bring – but the health and environmental costs remain an unsettling unknown to many citizens, and surely more independent research needs to be done before 5G is adopted by without much question?

Delivering home care to older citizens is a challenge. Home care budgets have been cut over the years – but there could be a great opportunity for assisted living technology to support independent living in old age.

Paul Goulden, Chief Executive of Age UK London, discussed 2017 Age UK research that revealed how loneliness and setting daily reminders were some of the common challenges of everyday life for the elderly. Using the results, Accenture created an AI-powered platform that learned behaviours and preferences and suggested activities for those aged 70+ based on this information.

The platform was piloted over three-months and used Amazon Web Services and the Echo Show, Amazon’s voice-powered smart device, to encourage socialising and to set appointment reminders. Family and friends could log in to their portals to check on the daily activities of their loved ones, and alerts were triggered based on abnormal behaviour.

The pilot was a success, with participants reporting improvements in their wellbeing. But human interaction is still required. Paul said, “local authorities are looking to smart homes as a way to discharge their responsibilities concerning care in the home”. It’s clear that the increasing desire for a home care setting offers a great deal of opportunity to local councils to undertake their packages of care.

4. Could 100% transport safety become a reality?

Walking and Cycling Commissioner, Will Norman, highlighted how a total of 4,000 pedestrians were hit by a car in London in 2017. Research also shows that, for every billion walking trips undertaken in London, an average of 600 people are killed or injured. Additionally, in the last three years in the city, over 70% of cyclist fatalities involved HGVs – despite these vehicles making up just 4% of London’s traffic.

Could Vision Zero become a reality? The programme – introduced by London’s Mayor Sadiq Khan in July 2018 – aims to eliminate all deaths and serious injuries from the city’s traffic network.

Norman described Vision Zero as an “unbelievable challenge”, with five pillars (safe speeds, safe streets, safe vehicles, safe behaviours and post-collision response changes) all coming together to contribute to the desired outcome. It’s a big ask, but vital in terms of accessibility: as Richard Lambert, London manager of Living Streets, says, “By making our streets safer for the most vulnerable road users, including those with wheelchairs, buggies and those living with sight loss, we make streets better for everyone”.

5. Delays have far more impact on the less able

Nobody likes a transport delay. But while public transport delays may mean arriving late and mild annoyance for many, the effects on disabled members of the population can be far more significant.

Panel moderator James Lee stated that “a small, temporary travel disruption that is unexpected can throw a disabled person’s experience and route out of whack for over an hour”.

Some transport companies already have plans in place for delays suffered by disabled passengers. National Rail, for example, states, “You will never be left stranded; train companies will do everything possible to get you to the station you wanted to get to. If you can’t access a rail replacement bus, the train company will provide an accessible alternative, such as a free taxi to the station you wanted to go to”.

Alternative routes may incorporate stations, transport options and journeys that aren’t as accessible as the traveller’s original route – so how can London ensure that accessibility is considered when plans fall through? Could autonomous vehicles – like the Aurrigo pod, showcased at the event, be the answer?

It was encouraging to see so much great thinking and passion, such commitment to policies and such innovative products and services that all put accessibility and inclusive design at the forefront. It’s clear that “healthy streets for everyone” is top of mind for everyone from city planners to transport execs to the industry’s innovators, and we’re excited to see how the sector develops in the months and years to come.

Less visible disabilities like dementia, autism and anxiety are as great a barrier to travel as more visible types. We’re developing NavSta as a digital wayfinding solution with inclusion at its heart – and we look forward to talking about it at Access All Areas 2020! Find out more about NavSta here. 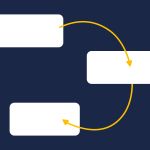 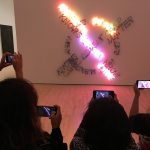 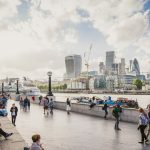 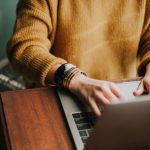 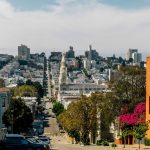